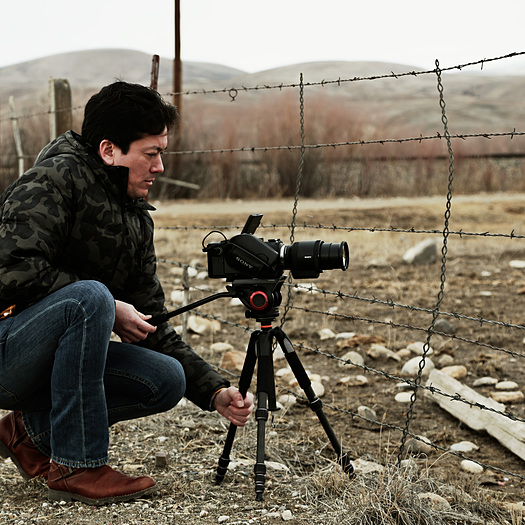 H. Paul Moon (zenviolence.com) is a filmmaker whose body of work includes short and feature-length documentaries, dance films, and experimental cinema, featured and awarded at over a hundred film festivals worldwide. He has taught documentary editing at Docs In Progress as an Adobe Certified Expert, and serves as adjunct professor at George Mason University's Film and Video Studies program. He also manages a network of online communities at focuspulling.com that keeps pace with new camera technologies. He worked as a small camera specialist for a Paramount feature film starring Will Ferrell and Mark Wahlberg, and as cinematographer for director Josephine Decker’s film in "collective:unconscious" that debuted at the South by Southwest Festival. Recent films include "Sitka: A Piano Documentary" (sitkadoc.com) about the craftsmanship of Steinway pianos, and "Quartet for the End of Time" (quatuor.xyz) about Olivier Messiaen’s transcendent WWII composition, that premiered on the commemorative date and at the place where the imprisoned composer first debuted his work. Moon's latest film, an award-winning feature-length documentary about the life and music of American composer Samuel Barber (samuelbarberfilm.com) recently premiered on PBS, and he is currently finishing another documentary feature about Western folklife, cowboy poetry, and the American frontier (westdocumentary.com). Excerpted poetry films from that project have appeared in museum exhibitions, and numerous film festivals, leading up to the feature film's completion. His latest film is an operatic adaptation of Charles Dickens' "A Christmas Carol" (scroogeopera.com), awarded "Critic's Choice" by Opera News as a "thoroughly enjoyable film version, insightfully conceived and directed" with "first-rate and remarkably illustrative storytelling."

To see H. Paul Moon's full profile (including skills, experience and contact information), you'll need to be logged in as a Professional.
Join or Log in