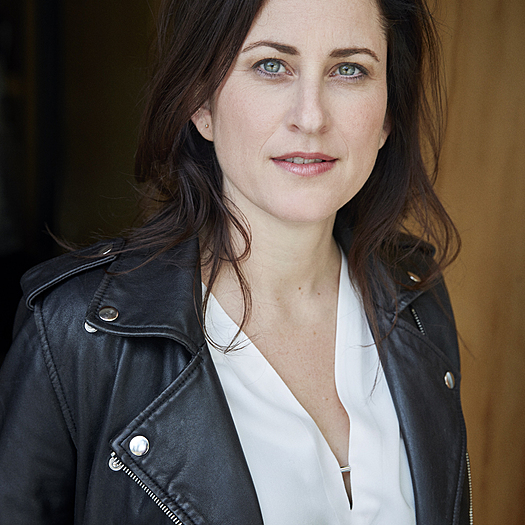 Alysa Nahmias is an award-winning filmmaker and founder of AJNA, a Los Angeles based production company known for ambitious and emotionally resonant storytelling. AJNA releases have garnered numerous prizes and have been exhibited at top film festivals and museums, including the Sundance, Telluride, the Berlinale, SXSW, the Venice Biennale, LACMA, Aspen Ideas Festival, and MoMA. Distribution partners worldwide have included Amazon Studios, Netflix, HBO, MTV/Paramount+, PBS, and Criterion.

Alysa recently directed ART & KRIMES BY KRIMES, distributed by MTV Docs and Paramount+, featuring the artist Jesse Krimes who smuggled his large-scale artwork out of prison as a way to survive in the act of creativity. Her directing credits also include the acclaimed THE NEW BAUHAUS about visionary artist László Moholy-Nagy, and UNFINISHED SPACES, about Cuba's National Art School, which won an Independent Spirit Award, was distributed by Netflix and PBS, and is in the permanent collection at the MoMA New York.

As a producer, Alysa's work includes the acclaimed documentary WILDCAT directed by Melissa Lesh and Trevor Frost with Amazon Studios and 30West; the Emmy-nominated and Oscar-shortlisted UNREST directed by Jennifer Brea, which won an a Jury Award at the 2017 Sundance Film Festival and was distributed by Netflix and PBS; American Masters’ AFTERNOON OF A FAUN: TANAQUIL LE CLERQ directed by Nancy Buirski with creative advisor Martin Scorsese; and the scripted feature NO LIGHT AND NO LAND ANYWHERE, directed by Amber Sealey with executive producer Miranda July. As an executive producer, Alysa's recent films include WHAT WE LEFT UNFINISHED, directed by Mariam Ghani and distributed by Dekanalog and Criterion; WEED & WINE directed by Rebecca Richman Cohen, and I DIDN'T SEE YOU THERE, directed by Reid Davenport, which won the Best Directing Award at the 2022 Sundance Film Festival.

Alysa is sought-after as a consultant, guest speaker, and mentor, and as a juror for grants and festivals. She has been featured in Filmmaker Magazine as an independent film innovator and was the co-author of the groundbreaking Sundance Creative Distribution Case Study on UNREST. She is a Fellow of Sundance and Film Independent, a frequent advisor at Global Media Makers and the Catalyst Forum. She holds degrees from New York University and Princeton University. Alysa is a proud founding member of FWD-DOC as an ally who is committed to advocating for disability rights and inclusion, and she is a member of the Documentary Producers Alliance (DPA) and the Academy of Motion Picture Arts and Sciences. [ajnafilms.com]