A lyrical loving portrait of New York City and its people in October, 2008.

In October 2008, as part of what he calls a “radio experiment,” WFMU reporter and commentator Clay Pigeon takes to the streets of New York City to interview people about their lives, their dreams, and their relationship with the city. In the nicest way possible he asks intrusive questions (“Are you guys an item?” “Has he popped the question?” “Who got the seven-year itch?” “When did you become a woman?”) and gets people to share intimate details of their lives. Between the interviews, shots of life in the city provide a vivid portrait of New York at a crossroads. It’s the last month of the 2008 presidential campaign, and the country is in the throes of an economic crisis. Some New Yorkers are angry and worried; others are hopeful about the chances of candidate Barack Obama. The issues they face—gentrification, income inequality, affordable housing, finding an accepting community—concern us still. (from Full Frame Catalog) 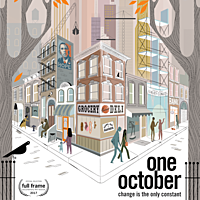 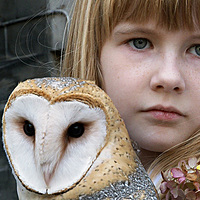 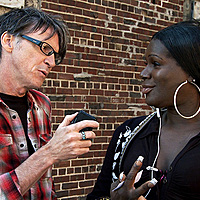