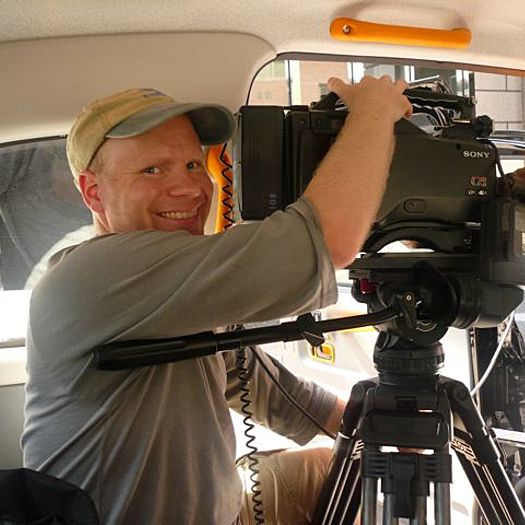 Since that moment where I realized you could run a super 8mm film backwards and make it seem like you were jumping up onto a ledge, I've been trying to make films. Or jump off ledges. Sometimes the difference is barely semantic. Running a post consultancy (http://www.burst-films.com) specializing in finishing, graphics, DVD duplications and whatnot for folks, while beginning to build it as a little production company, Burst Films, LLC, as well.