The Battle for Energy, Economy, and the Environment

Thirty years ago, scientists reported a hole in the ozone layer 'the size of North America.' The culprit was a man-made chemical called CFCs, which were prevalent in billions of dollars worth of refrigeration, air conditioning, and other products that had revolutionized America's way of life. With doctors forecasting skyrocketing cancer if we didn't make a change, the stakes were literally 'life as we know it.' Yet business remained bitterly opposed. Politicians were slow to act. Like with today's CO2 emissions, an invisible compound was threatening the Earth's life-support systems, but a solution seemed beyond reach. Eerily reminiscent of today's energy and climate crisis, SHATTERED SKY tells the story of how America led the world to solve the biggest environmental crisis ever seen. 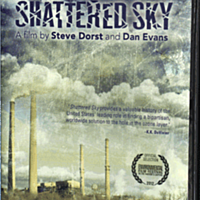