One man’s mission to bring hope to the world in the form of a 10 foot walking talking tree.

In an era of fear based culture driven by the media, terrorism, polarizing politics and religion, we explore one man’s mission to bring hope to the world in the form of a 10 foot walking talking tree.

Seemingly a wildly costumed street performer just out to make money, we quickly discover the treeman is a spiritual missionary asking us to explore our human nature and our potential as a species. Putting his mission above his own survival, consequences ensue and treeman is sent on a pilgrimage around the u.s. to rediscover his roots and ultimately to face his past.

Lionel powell, the treeman, grew up just doors down from jay-z in the infamous marcy projects in brooklyn surrounded by gangs, drugs and violence. As a boy he turned to the unconditional love of animals and insects to cope with the madness in the world; and treeman was born. Now dedicating his life to helping others through his characters and constant volunteerism, we follow treeman around the u.s. as he struggles to survive 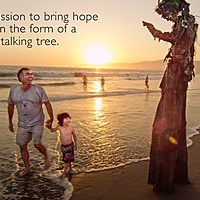 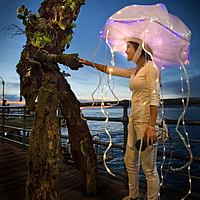 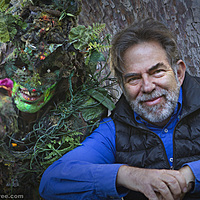 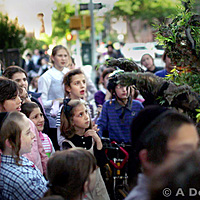 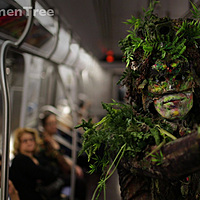 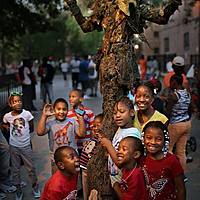