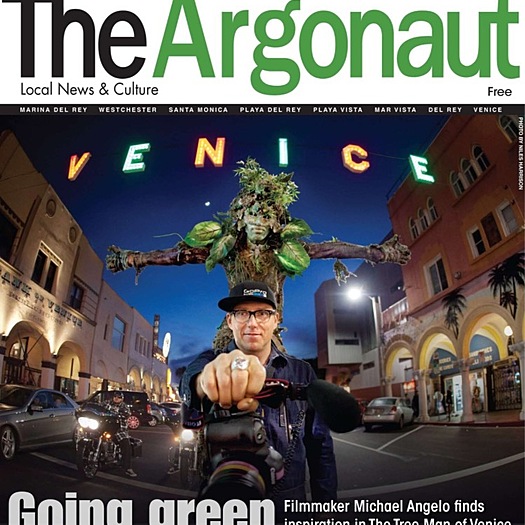 Michael Angelo, born in San Francisco California, has been a film and television professional since college where he began in the camera department at the Northern California camera rental facility Magnetic Image. He directed and produced a short documentary about the Therapon Association which provided housing and care for autistic children and adults in Marin County CA, while still completing a degree in Broadcast Communication at San Francisco State University. He then began an internship at THX Lucasfilm Skywalker Ranch where he was hired after 2 months. Lucasfilm allowed him access to the world of visual effects at the infamous Industrial Light and Magic. At ILM Michael met Visual Effects Supervisor Ken Ralston and shadowed Ken for weeks shooting a photo essay for a SFSU photojournalism class, this experience led to a long career in visual effects. After graduation Michael pursued a freelance career in advertising, shooting and editing test commercials for Goodby Silverstein and Partners among others. Eventually Michael moved fully into post production working as an online editor, editor, colorist and visual effects artist at Pacific Video Resources. Michael spent years working with directors of features, commercials and documentaries including well known documentarists Werner Herzog and Anne Makepeace. Michael was an editor at the 1998 CBS Winter Olympics in Nagano Japan cutting the first snowboarding competitions in the history of the Olympics. He was also the primetime features editor at the NBC 2000 Olympics for swimming. Michael then transitioned to working as a Flame Artist focusing his attention on visual effects. Since then Michael has worked on numerous projects including Super Bowl commercials, music videos, feature films like Knight and Day, Time Travelers Wife, X-Men Origins, Jumper, Hairspay, Live Free or Die Hard and more. Currently Michael Angelo is working on his passion project “A DocumenTree” directing/producing/editing, to learn more go to ADocumenTree.com