Leo Castillo found in skateboarding a figurative and literal escape from the gang violence that plagued his family and south side Chicago community... until a stray bullet threatens to tear it all away. Leo is shot in the leg standing outside the house he grew up in and then told he might never skate again due to permanent nerve damage. As a 19 year old high school dropout, skateboarding had been just enough to get him through his teens alive but offered little else in terms of a future.

Leo's injury unexpectedly propels him into a world of community activism. He first helps to build a skate park in the neighborhood and eventually teaches his own after-school skateboarding program at the local high school. But as Leo continues to grow into a mentor in his community, his younger brother is being drawn into the very gangs Leo fought to avoid. Intimately filmed over 4 years, SKATE OR DIE tells an unlikely coming of age story of one young man's struggle to get by. 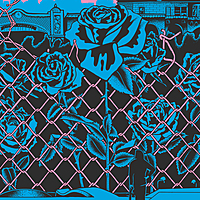