As celluloid film disappears from her workplace, a movie projectionist begins an investigation.

Digital projection is taking over the movie screens world wide. As the material of celluloid film slowly disappears from her workplace, the director, who has worked as a movie projectionist for more than 10 years, embarks on an investigation into what makes film special. Is it just nostalgia? Is there a connection between how we watch movies and how we see the world? She starts bleaching, painting and scratching film in order to find answers and accompanies Roger Getzoff who has likely fixed every film projector in New York's movie theaters over the course of the last 40 years on his trips. These days, he is being called by the very same houses to take out those still-functioning machines and replace them with digital equipment. A Film Is A Film Is A Film is about time, about fleeting moments, aging, and the turning wheels of history. A personal look into a changing profession and a visceral portrait of a vanishing material. 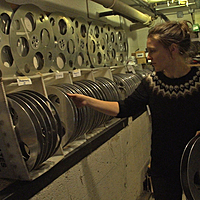 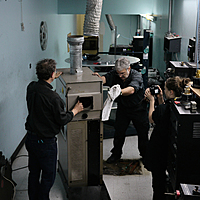 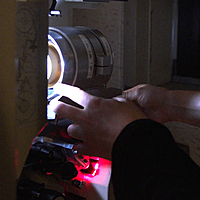 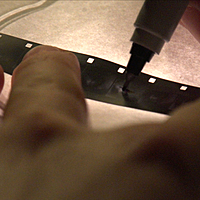