Till You're Told To Stop

Till Youâ€™re Told To Stop follows the voyage of a humble British soldier who resigned from his post as a Queen's Guard to become a musician.

It tracks the steps of James Blunt, an artist with no musical background through to his enormous worldwide success with his debut album Back To Bedlam .â€¨

The key industry players in the story explain in detail the processes involved in getting to work with him at a time when no record labels wanted to sign him.

Finally gaining the support of the music industry and proving his doubters wrong. In the summer of 2005, the album â€œBack to Bedlamâ€ and single â€œYou're Beautifulâ€ become number one and stayed there for weeks. (Going on to be the UKâ€™s biggest selling debut album of the 21st Century)

What happens between the summer of 2003 and the summer of 2007 (signing, the early gigs, album release, promotion, world touring and success in Europe and USA; the awards and nominations all the way to the recording of Jamesâ€™s second album) constitutes one of the most amazing musical journeys in decades.â€¨â€¨

The film also documents the friendship that grows between James and his accompanist Paul Beard (keyboards player) and Mike Hornby (music engineer) while gaining public exposure by playing to ever growing audiences in small venues throughout the UK and later USA.â€¨â€¨

Through the characters and how their story unfolds the movie becomes a mirror of the music industry at this time of great change. 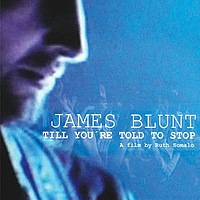