The film is a stylistically original take on a literary "beautiful mind," a personal and and cultural history of mental illness, drugs, and creativity.

The film was widely and well reviewed when it opened at Film Forum in 2008. Critics called it "exquisite," "fascinating," "engaging, nothing short of inspiring; deliciously ironic." (Please visit dochumes.com for full quotes and links.) 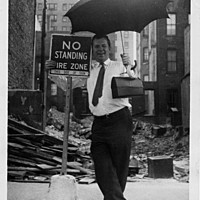