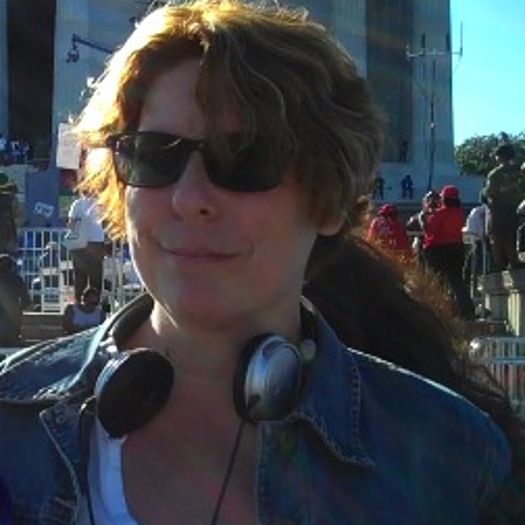 Immy Humes is an experienced documentary maker for film and TV. She is also a teacher, writer, and a consultant to other filmmakers, working closely with them to develop and produce their projects. She enjoys helping filmmakers find the right language to express what is most important about their work, and has a long record of success writing grants for documentaries. Proposals she has written have won grants from the NEH, NEA, Jerome, ITVS, NYSCA, CPB, and many other funders. She is often able to identify additional potential funding sources for a particular project, and to help craft the best approach for each funder and filmmaker.

Immy's own films and videos range over a variety of subjects and formats, but have a distinctive, recognizable, voice. They treat social and political themes relating to justice, class, gender, and race, but often take an indirect approach or partly humorous tone. Immy has received honors including an Academy Award nomination, screenings at Film Forum and MOMA in NYC; festivals from Amsterdam (IDFA) to Arkansas (Hot Springs) and INPUT, the annual public TV conference. Her work has aired on POV and Independent Lens (PBS), A&E, National Geographic, NBC, USA, f/x, and other channels here and abroad. She has won grants and fellowships from Blue Mountain, the MacDowell Colony, AFI, the NEA, NYSCA, Jerome, Robeson, Soros Fund (now the Sundance fund), ITVS, NEH, CPB and other funders. She has served as a juror on many grant panels.

Her first independent documentary, A Little Vicious (1991), was a tragicomedy about a dog with "ties to the pit bull family." It opened at Film Forum in NYC, aired on POV, and was nominated for an Oscar. Lizzie Borden Hash & Rehash (1997), about America's favorite "self-made orphan," features 28 "Bordenites:" scientists, poets, historians, a Gertrude Stein expert, and 3 artists who adopted her name themselves.

Immy's other films include portraits of Wade Davis, ethnobotanist and indigenous culture activist (Nat Geo, 2002); Dorothy Lewis, a psychiatrist with a compelling theory about violence (A&E, 2001); and Joseph Paul Franklin, a racist serial killer on death row (CourtTV, 1999). A major educational website about Design called 3d&i that Immy created with her company, The Doc Tank, for CPB won the Webby for Best Youth Site in 2003. For Michael Moore's TV Nation (NBC, 1994), she produced the cult classic Pets on Prozac and The Boy from Bubbles (about Bill Clinton's real hometown, Hot Springs, Arkansas). She also made many segments for Dateline NBC, USA, and f/x.

She started out on productions such as the PBS Vietnam series; a media criticism program with Hodding Carter that won four Emmys; an environmental news service; an ABC News investigative unit; Declarations for PBS; and A Life Apart (1997), a feature about Hasidic Judaism.

Immy is also an enthusiastic teacher of documentary making and theory. She has taught at the New York Film Academy, The New School, NYU/Poly in Brooklyn, and the Center for Worker Education at City College. She has lectured, presented, and taught master classes at the University of Chicago, University of Texas, Austin, and University of Connecticut among others. She graduated from Harvard with honors in Social Studies.