Filmed over 10 years, My Big Break captures celebrity in the making & the unsettling effects of fame

Filmed over 10 years, this controversial documentary explores what it's really like to become famous. When aspiring filmmaker Tony Zierra resorts to filming the lives of his 4 struggling actor roommates, he never imagines the incredible twists of fate he would end up capturing on camera. Surprisingly, 3 of the actors, Brad Rowe (Billy's Hollywood Screen Kiss), Chad Lindberg (October Sky, The Fast And The Furious) and Wes Bentley (American Beauty, The Hunger Games) quickly hit it big. Meanwhile, the fourth actor, Greg Fawcett, is nearly driven insane watching the others make it.

It doesn't take long for the unsettling reality of stardom to set in. As the actors deal with life in the public eye, Zierra struggles with constant obstacles trying to complete his film. Ultimately, the roommates learn the hard way that the Hollywood Dream is built on the bottom line.Â My Big Break is an unflinching look at the struggle for success, the high of making it and ultimately the pain of losing it. 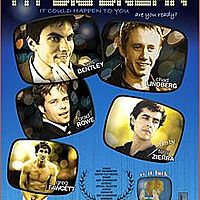