In order to survive you kind of have to kid yourself, otherwise you'd never get through it.

The Watershed is a poignant and powerful feature documentary about the disintegration of an upper-class family, The Trunks. The film chronicles how a couple living the American Dream with seven children could suddenly break up, leaving their kids to literally fend for themselves in a cold, empty house without food or transport in the listless suburbs. Mixing classic Super 8mm home movies from when the family was still together, from the 60's to the 70's, with modern-day interviews, The Watershed is a harrowing story of abandonment and miraculous redemption, with a remarkable lack of rancor. The Watershed is an award winning documentary with more than 10 Best Feature Documentary Awards from over 30 Film Festivals around the world. 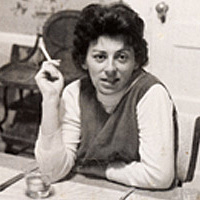