When Jamaica's Michael Manley flirted with socialism in the 1970s, many of the nation's affluent fled the country with their money tight in their clutches. Despite implementing social programs meant to uplift the nation, Manley's friendship with Cuba's Fidel Castro fueled Cold War paranoia. The economy declined drastically as a result and his experiment ultimately failed in its purpose. One thing that the former Prime Minister did not fail to do was inspire a generation to come.

Richard Audley Vaughan, a 32-year-old Jamaican living in California, went digging into the past to find out the truth about a political figure who is as much demonized as he is revered. At the end of his search, he found that one simple word best described Manley.

The Word Is Love: Jamaica's Michael Manley is the title of Vaughan's full-length documentary that strings together over 3 hours of historical footage and stimulating interviews. 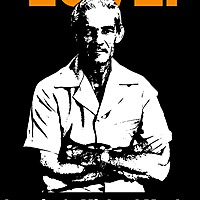