A documentary about transforming childhood trauma into sparks of creativity.

As a small child, Peter Gary lay helpless while his mother took the brunt of Nazi machine gun fire meant for both of them. Left to die in a desolate forest with only a handful of other survivors, Gary narrowly escaped his own extermination on a frigid Christmas Eve in 1941. During the Japanese invasion of China, Wayne Ngan fled to Canada with his mother at the age of 13. Unable to speak the language of his new land, and exposed to snow for the first time, Ngan was handed off to alcoholic grandparents who mirrored the environment's icy welcome. George Littlechild, a native Cree, was separated from his family as a baby simply because the Canadian government determined that indigenous people were incapable of providing for themselves. As a result, Littlechild's youth is marked by painful memories of brutal physical and mental abuse, perpetrated by the very white foster families that were assigned to care for him. Out of the destructive funeral pyre of their youths, each of these survivors 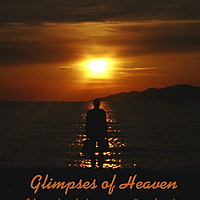