A father and son's rare journey into the secretive North Korean capital in search of lost relatives.

Canadian-Korean filmmaker Jason Lee unveils his father's emotional story of a family torn apart during the Korean War. Together, they embark on a rare journey to the North Korean capital of Pyongyang in search of long lost relatives. With exclusive never before-seen footage filmed on location in North Korea combined with archival images and family photographs, Letters from Pyongyang is a deeply personal film bringing to light the tragic issue of divided families in Korea affected by political conflict. 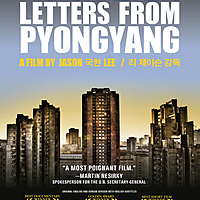