â€œThe White Man pushed us to the end of the earth. Now Mother Nature wants to push us back.â€

For 170 years, a Native American Cajun community has occupied an island deep in the bayous of south Louisiana called Isle de Jean Charles. They have fished, hunted, and lived off the land. Now the land that has sustained them for generations is vanishing before their eyes. A host of environmental problems â€“ coastal erosion, lack of soil renewal, oil company and government canals, and sea level rise from global warming â€“ are overwhelming the island. Over the last fifty years, Isle de Jean Charles has been gradually shrinking, and it is now almost gone.

With millions of gallons of oil from the BP disaster devastating the waters surrounding the island, the livelihoods of many islanders, who work as fishermen, shrimpers, and oystermen, have been halted. Those who vowed to stay on the island until it completely washed away now face an even more uncertain future. 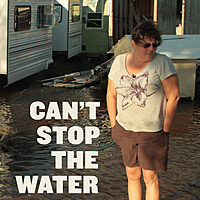