Be swept up on a journey on the New York City Subway, never knowing what will happen next.

'A City Symphony Underground' provides a view of the New York City Subway as never seen before. Blending footage shot in 1905, six months after the subway opened, with present day subway scenes, the film evokes the magical moments that occur daily underneath the sidewalks of New York.

This film is as an homage to the â€œCity Symphonyâ€ documentary film genre introduced in the 1920s. These films were called â€œCity Symphoniesâ€ because the filmmakers sought to create different â€œmovements,â€ as in a musical symphony, to evoke a cityâ€™s changing moods. Not following the traditional narrative documentary approach, these films sought to catch "life unawares" within a "day in the life" of a city. 'A City Symphony Underground' attempts to do this with the world that exists below the great city of New York.

With neither narration nor dialog, this film is a visual "tone poem:â€ a moveable feast of images and sounds, set up as the backdrop for slices of life played out daily in a public 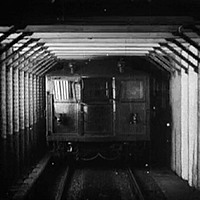 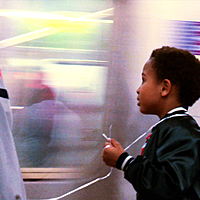 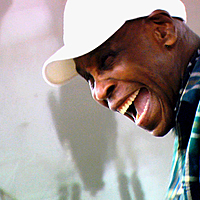