Initially intended to be a straightforward, two-camera concert video, documenting a private musical event dubbed “Cabinfest” in which a three-hour concert was performed by friends for friends on the porch of “The Cabin.” The culmination of a year’s worth of impromptu solo performances around the campfire, this more formal event featured a program of duets that allowed for seamless transitions between the different performers, ending with a group sing-a-long of Rusted Root’s “Back to the Earth.” However, the dim campfire lighting resulted in very lackluster results. This led to the addition of interviews with the performers, discussing the tradition of Friday nights at The Cabin, their chosen setlists, and the genesis of the concert. Heavily condensed, the concert footage became the first half of the documentary, the remainder of which focuses on the creation of a book of photographs by the principal players entitled The Dreaming Tree. 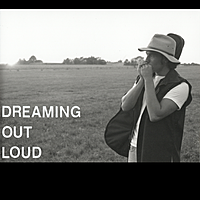