Told through intimate VHS behind-the-scenes footage shot by the filmmakers themselves in the 1990s, "Inertia: Re-Making THE CROW" takes an unflinching look at the creative evolution of two midwestern teenagers struggling to create a faithful, no-budget video adaptation of James O'Barr's acclaimed comic book series—the same as was the basis for the major motion picture featuring the final performance of actor Brandon Lee, who was tragically killed during its production. The ultra-grainy, black-and-white, high school extracurricular project profiled here went on to be hailed by Crow fans as “inspired,” “innovative,” and “powerful.” 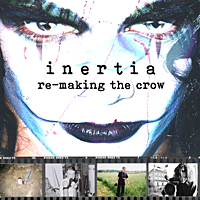