Where another state's toxic trash has become one man's treasure.

PERRY COUNTY is a half-hour film documenting the controversial decision to dump millions of tons of coal ash waste from the 2008 Kingston, Tennessee spill at a landfill in this rural, predominately black community in central Alabama.

The short term benefits are clear: over $4 million dollars in dumping fees and 80 new temporary jobs in a region desperate for industry. But the long-term health and environmental risks, dismissed by local politicians, led by County Commissioner Albert Turner Jr., have raised a chorus of concern among local residents who question the true cost of this so-called progress. 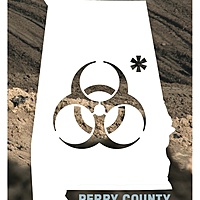