Is the Pain in Your Body or Your Brain?

A feature documentary about chronic pain and a radical solution

This Might Hurt is an intimate vérité film that follows three chronic pain patients who have spent years trying to cure their illness through modern medicine without success. Desperate for relief, they enter an unconventional medical program — run by Dr. Howard Schubiner — that focuses on uncovering hidden causes of pain, and retraining their brains to switch the pain off.

The film follows them through initial evaluations with Dr. Schubiner, their skepticism of his approach, and revelatory group sessions. As they go through ups and downs over years, each of them makes astonishing discoveries about the nature of their pain.

THE SCIENCE BEHIND THE TREATMENT
While only a handful of doctors are aware of the treatment shown in this film, it’s quickly gaining recognition. Known as “EAET,” the treatment was featured on NPR, shown to be effective in a large randomized controlled trial, and recognized as a “pain management best practice” by the National Institutes of Health. 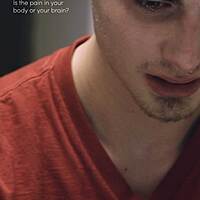