POISONED: Not a single family is healthy

'Not a single family is healthy': an Indian village sickened by contaminated water

Some 7,500 people live in the village of Gangnauli, more than 75km (47mi) north of the Indian capital New Delhi. According to a former village chief, every household has at least one sick family member. Conditions range from allergies to physical deformities as well as neurological problems and cancer. The villagers, and a scientist who helped them, blame their water supply, saying it has been contaminated by chemicals from nearby factories. Despite winning a court ruling in relation to the problem, the villagers say the local government has done nothing to help them. 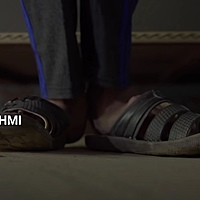