A two-part documentary series exploring the experiences of lesbian, gay, bisexual and transgender

As recently as 1993, homosexuality was illegal in Ireland. As the first generation born after decriminalisation comes of age, this series seeks to establish how much has changed in Irish society in the intervening years. For young people, whose lives revolve around school and the family, is it any easier to be lesbian, gay, bisexual or transgender today than it was seventeen years ago?

Filmed over eighteen months, â€˜Growing Up Gayâ€™ follows the lives of six young people and, in the process, captures the challenging and even hostile experiences which lesbian, gay, bisexual and transgender young people face in their everyday lives. The series also explores the more universal experiences of growing up â€“ from the ups and downs of life at home and at school, to friendships and falling in love. 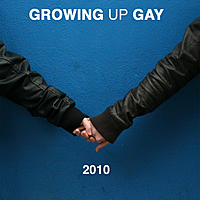