On the morning of 13 August 2017, pilot JP Schulze and filmmaker Louis Cole set off to circumnavigate the world in a single-engine, 1974 Cessna T210L aeroplane named Balloo. They had 90 days to complete the journey, and as they travelled they met people from many different cultures and asked them - is what divide us is greater than what brings us together?

This is their journey: Beyond Borders, the film.

‘THE MOST-WATCHED GENERAL AVIATION EVENT OF THE DECADE.’ 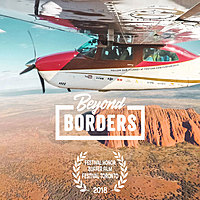