After losing his job to outsourcing, airline mechanic Roy Koch goes to China to meet his replacement

On August 19, 2005 Roy Koch, along with 4,400 airline mechanics, custodians, and cleaners, went on strike against Northwest Airlines, the fourth largest airline in the world. Northwest, otherwise known as â€œThe Red Tailâ€ by its employees, wanted to lay off 53% of their union and outsource their jobs. What followed was a 444-day strike that would end with 4,000 union members out of work, including Roy.

Instead of being left in the wake of this battle, Roy and his daughter Melissa (co-director of The Red Tail with Dawn Mikkelson) set on a journey to meet the worker to whom Royâ€™s job was outsourced in China. The journey provides a renewed sense of purpose for Roy, and while Melissa wants to get answers to his plight, her determination as a filmmaker is always tempered by her love as a daughter. The film interweaves Roy and Melissaâ€™s search for connection in China with the premeditated downfall of Northwest Airlines. 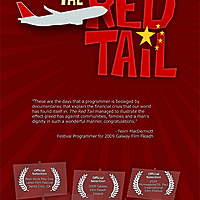 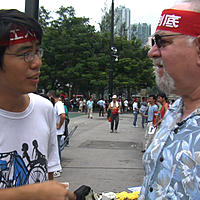 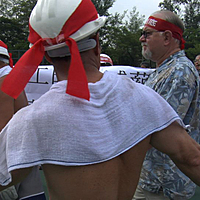