Liam Clancy and Friends - Live at The Bitter End

A quick sample of footage

Over fifty years after the Clancy Brothers and Tommy Makem made their first recordings during the heady days of the New York folk revival, iconic folk singer Liam Clancy returns to Greenwich Village for a unique music event.

Specially staged and filmed before an invited audience at the legendary Bitter End club (where Pete Seeger, Joan Baez, Arlo Guthrie, Bob Dylan and countless other folk legends made their mark), the concert is a rare and intimate portrait of one of the greatest ballad singers of our time.

Liam Clancy is joined on stage for a number of remarkable performances by Odetta, Tom Paxton, Shane MacGowan, Eric Bibb, Fionn Regan and Gemma Hayes, with backing by members of DanÃº. 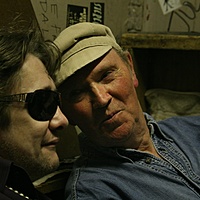