The Boys Who Said NO!

Draft Resistance and the Vietnam War

While the war in Vietnam raged on, one of the largest and most successful nonviolent resistance movements in American history was growing at home.

Hundreds of thousands of young men opposed to the war said NO to being drafted into the military, risking up to five years in federal prison. With the support of others, their actions helped end the military draft and an unjust and immoral war.

Directed by Oscar nominated filmmaker Judith Ehrlich, THE BOYS WHO SAID NO! will tell for the first time the inspiring story and impact of the Vietnam War draft resistance movement. 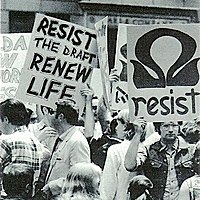