The Path to Freedom

Resource-rich Africa has been a feeding hand for many successful countries and businesses that have never really benefited the continent itself nor the majority of its people.

First of a 3-film series, Congo: A Political Tragedy is a feature-length documentary chronicling the political history of the Democratic Republic of the Congo from the arrival of the first European settlers to the nation's struggle for independence.

It offers the unique perspective of Congolese co-writers Patrick Kabeya and Mina Malu, as they document the history of a country that has so far mostly been told through the eyes of foreigners. 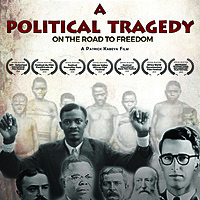