Members of the Minnesota RollerGirls as they sacrifice everything to be the best in the world.

“Minnesota Mean” follows the quirky and powerful women of the #8 ranked women’s roller derby team’s 2017 international season. Athletes who balance life, relationships, and the deep passion they share for a sport that requires 85% of their lives, has no financial compensation, and can send them to the hospital in a split second.

“Minnesota Mean” is both a short documentary (for season 2017) and a broadcast series (for season 2018) following one of the most competitive teams in the fast-growing international sport of women’s roller derby, the Minnesota All-Stars. The All-Stars are deferentially referred to as the “Minnesota Mean”, due to their tough playing style and worldwide ranking (8th out of almost 400 leagues), while coming from a state known for polite people wearing parkas or “Minnesota Nice”.

The series follows six players as they struggle with the grueling practice schedule and need to be in top physical condition. Simultaneously, they work full-time jobs and face the rel 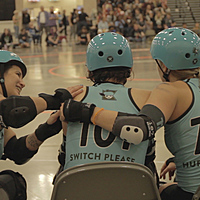 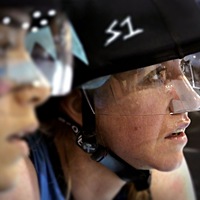 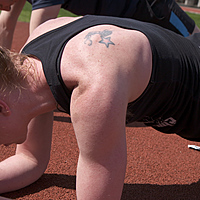