An examination of the role of the cinematic image in the making of the iconic images of a culture.

‘Electric Shadow’ is the literal translation of ‘Diàn-yïng’, the Mandarin term for film. Centred around a festival of Indian film in China, the film looks at the role of cinema in the process of culture-formation. It does this through the parallel histories of image creation and consumption in two neighbouring countries - India and China. The film maker was part of a festival titled ‘You Don’t Belong: Pasts and Futures of Indian Cinema’, held in four cities in China in 2011, curated by film historian Ashish Rajadhyaksha and film maker Gargi Sen. A few years later, the filmmaker revisits China to reflect on the places, landscapes and histories that come mediated through the image - of propaganda, mainstream cinema, or the alternative voices in documentary, indie and experimental films. The film is an examination of the role of image creation in the making of the iconic and in nation-building. 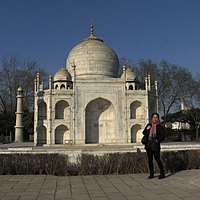 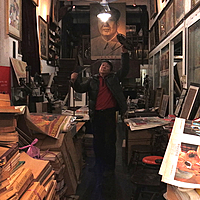