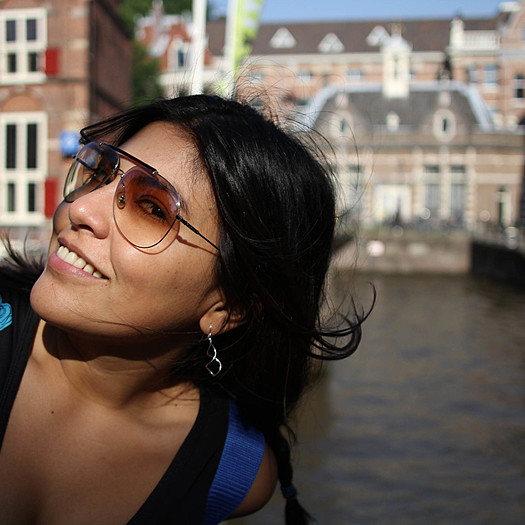 Wherever I'm Making A Film!!!, Australia

I was born and raised in Cochabamba, Bolivia. When I finished High School at 17, I joined a living-in theatre troupe and travelled the world performing. In 2001 I moved to Chicago pursuing a career but I didn't know in what! In 2002 I moved to NZ & travel through Asia. In 2003 I joined my dad in Sydney and went to Charles Sturt University to study Theatre&Media and graduated from Broadcast Journalism, my aim was to learn English and not to get a degree but I started making films. In 2006 I met Dan Fallshaw doing theatre and after a couple of weeks, we left the play and went to Mauritania, I wanted to make a current affairs story but Dan wanted to make a doco and the result is a short doco-affair called BETWEEN THE OIL AND THE DEEP BLUE SEA. It was a crazy experience, we ended up getting lost in the desert, received death threats and getting married so we could work as a couple even though we barely knew each other. I began to realise that making films is a labour of love!!! In 2007 Dan and I went back to North Africa to make a film about a family reunion and ended up making a film about slavery. It was a tough journey, physically and emotionally challenging, we ended up in the middle of a political battle between The Polisario and Morocco. We were detained in Algeria, we had to hide our tapes in the dessert, we had spies following us in Paris and 20 hours of our footage were swapped for blank tapes in Morocco. For years it was the two of us and our little cameras. The result is a feature doc called STOLEN that screened in more than 60 festivals worldwide from Toronto to IDFA to Prague to Ecuador to Nigeria, winning 12 award along the way. I have 2 brothers, 2 turtles, 2 fish, 14 plants and live with Dan, my partner in crime! Now I'm working on my second feature, writing a fiction called EL COMUNISTA about my grandfathers life. I am trying to organise a doc festival in my city, want to make a multi-media play based on EL PRINCIPITO. My next challenge is to help creating a doc industry in Bolivia. My grandfathers dream is that I become the president of Bolivia.
To see Violeta Ayala's full profile (including skills, experience and contact information), you'll need to be logged in as a Professional.
Join or Log in