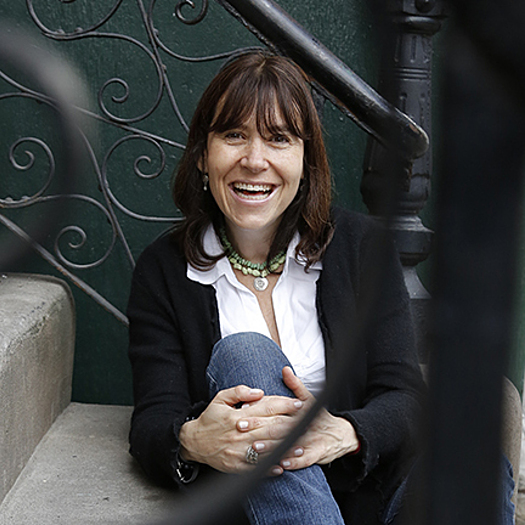 Lisa Gossels is an EmmyÂ® Award-winning documentarian whose films have garnered twenty awards and honors. Her first feature documentary, â€œThe Children of Chabannes,â€ made with Dean Wetherell, won a 2001 EmmyÂ® Award, 10 film festival awards, had a limited theatrical release, aired on HBO Signature, local PBS stations and is now distributed in the home video market by Cinedigm. â€œThe Children of Chabannesâ€ has been praised as â€œOne of the most heartening Holocaust films ever madeâ€“splendid, informative and emotionally involving,â€ (Los Angeles Times) and called â€œA seamless memoir of courage and a tribute to the human spirit.â€ (New York Daily News) â€œMy So-Called Enemy,â€ Lisaâ€™s second film, has garnered a CINE Golden Eagle and five film festival awards since premiering at Silverdocs in 2010. She was honored as â€œSomeone to Watchâ€ at the 2011 Cleveland International Film Festival, a â€œLuminaryâ€ at the Boston Jewish Film Festivalâ€™s 2011 â€œLuminaries and Legends Galaâ€ and, in 2012, with the Annual Miller Reel Jewish Woman Filmmaker Award. â€My So-Called Enemy,â€ which aired on the WORLD Channel, in the public television series, Global Voices, has been cited as â€œA provocative, balanced film that offers unexpected hope for resolution of the Israeli-Palestinian conflict.â€ (Washington City Paper) and â€œAn insightful, moving, important film. Extraordinary.â€ (The Huffington Post) Lisa is currently traveling around the country with â€œMy So-Called Enemyâ€ and â€œThe Children of Chabannes,â€ teaching at high schools and universities and engaging youth, secular and faith communities in dialogue. A member of the Selah Leadership Network, Lisa became a documentarian because she believes in the power of film to effect social change. She has served as a Juror for the News & Documentary Emmy Awards, The Cleveland International Film Festival, The Ivy Film Festival and The Woodstock Festival â€“ and is a Phi Beta Kappa graduate of Brown University. Beyond her documentary work, Lisa produces and directs advocacy, promotional and educational films for clients through her New York City-based company, Good Egg Productions. She consults with documentarians on all aspects of filmmaking and storytelling â€“ from pre-production through distribution and outreach. She has created content for more than 40 corporations and non-profits as a production manager, â€œreal personâ€ casting director and wardrobe stylist. Prior to a career in film and video production, Lisa worked for nine years in the Media and Account Management departments of numerous major New York City advertising agencies.