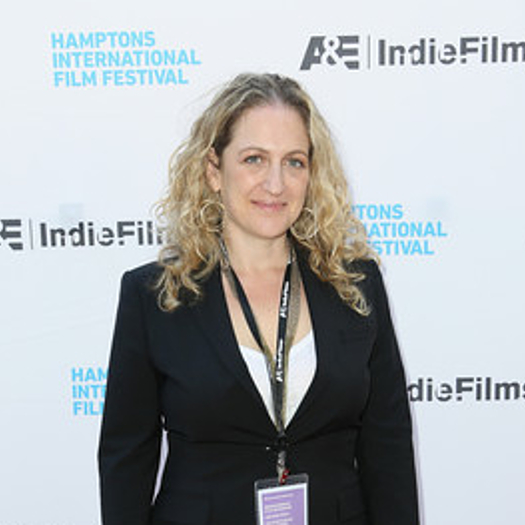 Jennifer Steinman is a Film Director, Producer and Editor with over 20 years of experience in television and filmmaking.

Jennifer’s most recent documentary feature film, DESERT RUNNERS, was named by the Huffington Post as one of "The Top 10 Documentaries of 2013." The film screened to sold-out audiences at IDFA and was selected "Best of the Fest" at the Edinburgh Film Festival. It won the Audience Award for Best Documentary at both the Vancouver International and The Hamptons International Film Festivals, and Best Cinematography at the Woods Hole Film Festival.

Jennifer's feature directorial debut, the documentary film MOTHERLAND, had its world premiere at the South by Southwest (SXSW) Film Festival, winning the prestigious Emerging Visions Audience Award. The film went on to win several other best-of-festival awards and was released by Vanguard Cinema.

Jennifer began her career as a staff Editor at CBS, both in New York and San Francisco. Her work has aired nationally on ABC, PBS, Discovery, National Geographic, Sundance Channel and many other television networks. Her corporate clients include Blue Cross, Adobe and Kaiser Permanente. Her films have been accepted into many major film festivals including Tribeca, Rotterdam, and Sundance. She won a Telly Award and has been nominated for an Emmy® Award for Outstanding Achievement in Editing. Jennifer is the co-founder of SMUSH FILMS. She also has two feature film scripts and several short films in development, and does speaking engagements around the world. You can watch her recent TEDx TALK on YouTube.

When Jennifer is not working on her own film projects she directs, produces, edits and does story consultation for various television and corporate clients and independent filmmakers.