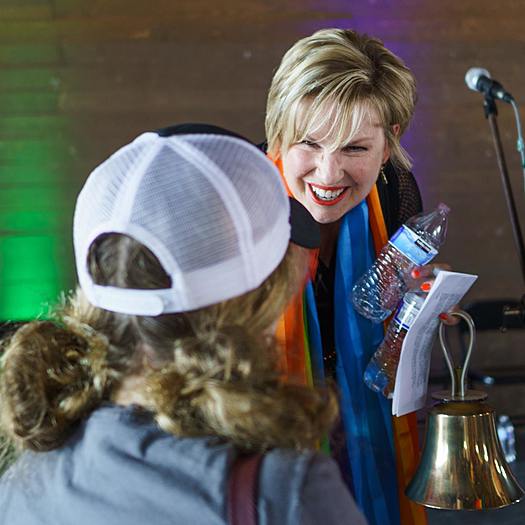 Ellin Jimmerson The Second Cooler is Ellin Jimmerson's first film. She edited it using Final Cut Pro 7. She has an MA in Southern History from Samford University, a Ph. D. in U. S. History from the University of Houston, and a Masters of Theological Studies from Vanderbilt Divinity School with a concentration in Latin American liberation theology. She is Minister to the Community at Weatherly Heights Baptist Church in Huntsville. She writes, speaks, and preaches on the intersection of history and faith and is a prominent advocate for illegal migrants, guest workers, and domestic laborers. Jimmerson is the author of numerous published essays and articles. Her newspaper opinion-editorials on illegal migration include â€œIf It Is a Sin to Cross, I Hope God Forgives Me,â€ Huntsville Times, December 22, 2006, â€œIllegal Immigration,â€ Mobile Press-Register, March 2, 2008, and â€œOpen Letter to Governor Bentley, Senator Beason and Representative Hammon About HB 56,â€ which appeared in the Huntsville Times, the Mobile Press-Register, and the Montgomery Advertiser in the summer of 2011. One of her sermons on illegal migration is â€œReflections on the Migrant Trail Walk.â€ You can read her opinion-editorials and sermons by going to â€œThe Second Cooler Movementâ€ at www.thesecondcooler.com. Jimmerson is a plaintiff in the case of HICA, et. al. v. the State of Alabama because of its anti-immigrant law, HB 56. The Southern Poverty Law Center represents her. In 2010, Ellin Jimmerson was nominated for a $10,000 prize for human rights advocacy by the Abraham Lincoln Brigade Archives and the Puffin Foundation. In 2011, she won a special award for social justice by the Interfaith Mission Service, Inc.
To see Ellin Jimmerson's full profile (including skills, experience and contact information), you'll need to be logged in as a Professional.
Join or Log in