If a Tree Falls: A Story of the Earth Liberation Front

If a Tree Falls: A Story of the Earth Liberation Front is the Academy Award-nominated documentary, about an environmentalist who faced life in prison for burning two timber facilities.

Part coming-of-age story, part cops-and-robbers thrilller, the film interweaves a verite chronicle of Daniel McGowan on house arrest and a dramatic recounting of the events that led to his involvement with the radical environmental group. Using never-before-seen archival footage and intimate interviews-- with the ELF members and the prosecutor who was chasing them-- the film asks hard questions about environmentalism, activism, and the way we define terrorism. 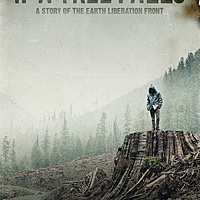