At hotlines, the phones never stop ringing with calls from people looking to connect with strangers.

HOTLINE is a documentary about telephone hotlines, the people who call and the people who answer-- and the ways human conversation and contact can fight isolation and alienation in an increasingly digital world.

From phone sex operators that buck industry norms by advertising their services with their real photos, to New York City's only suicide hotline that doesn't trace its calls, to the iconic spokeswoman of the Psychic Readers Network, Ms. Cleo, HOTLINE takes viewers behind the scenes and lets them eavesdrop on conversations that are intensely personal. At a time when we are told that the telephone is an obsolete technology, many hotlines are experiencing record high numbers of calls. HOTLINE seeks to open up a conversation about how we deal with loneliness and isolation and how sometimes the help and support we need can only come anonymously from a stranger. 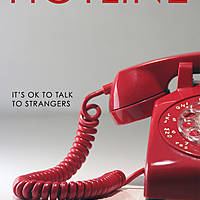