The Land of Orange Groves & Jails

In The Land of Orange Groves & Jails my reluctant great-aunt Yetta finally tells me her tale of teenage activism amidst the free speech and labor battles of 1920s Los Angeles. Her arrest for flying a red flag over a summer camp resulted in the US Supreme Courtâ€™s first victory for free speech (Stromberg v California) -laying important groundwork for our right to protest and dissent.

This is a â€œDavid and Goliathâ€ story of young people from immigrant families who tested the limits of Constitutional protection and helped guarantee one of Americaâ€™s most treasured freedoms. But past mixes with present: as I learn more about my familyâ€™s radical history I have to confront a multi-generational legacy of secrecy and fear. In the beginning Aunt Yetta thinks whatâ€™s going on now politically is more important than the past â€“ but by the film's end Yetta and I see how her story set a powerful precedent for current struggles. The title is taken from a story Upton Sinclair wrote about Yettaâ€™s trial. 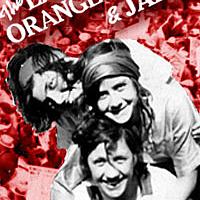