On March 5th, 2013, San Franciscoâ€™s skyline was transformed by an amazing sight: 25,000 LED lights that, for perhaps the first time save the 1989 earthquake, caused people to consider the Bay Bridge instead of her iconic sister. How did this happen? Who was behind the eight-million-dollar installation? How in the world did they pull it off? The story behind the making of THE BAY LIGHTSâ€”a project whose very â€œimpossibility made it possibleâ€â€”answers these questions, revealing the drama and the daring of artist Leo Villareal and a small team of visionaries who battle seemingly impossible challenges to turn a dream of creating the worldâ€™s largest LED light sculpture into a glimmering reality. 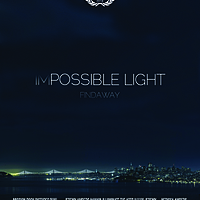