For the first time, a woman and her camera enters a men's group

Never before has a filmmaker been accepted into a men's group, where everything that is said in the room stays in the room. Never before has a woman filmed men expressing themselves in an emotionally risky manner. ABOUT MEN is an unprecedented documentary film reflecting on the current state of men.

The film portrays Chris, Robert, Wayne and Thomas who are on their individual journeys toward realizing their purposes in life. Six months after joining the group, rookie Chris frees himself from the burden of his estranged father, while the groupâ€™s oldest member, Robert, reaches for courage to embrace his relationship to his girlfriend. For Wayne and Thomas, the group is the ultimate support, as Wayne faces the loss of his business and Thomas faces the loss of his father. 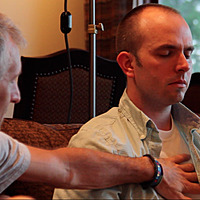 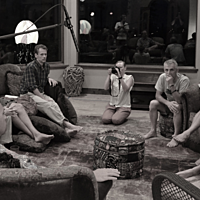