To Them That's Gone

The story of Run for the Fallen, a 4,000-mile memorial across America.

In the summer of 2008, a small group of civilians ran 4,000 miles across America. They called themselves Run for the Fallen, and their mission was to run one mile for every service member killed in Operation Iraqi Freedom.

On December 20, 2005, 1st Lt. Michael J. Cleary of Dallas, PA, was killed while serving in Iraq. Michael was 24 years old and was due home in ten days. His best friend and college roommate, Jon Bellona, founded Run for the Fallen in response to this devastating loss. Jon put together a team comprised of Mikeâ€™s fiancÃ©e, sister, and other friends. They did not run for or against the war, and refused any political affiliation.

The Run began in Fort Irwin, CA, and ended in Arlington National Cemetery, VA, 72 days later. The team marked each mile with an American flag and personalized postcard in honor of each fallen service member. Along the way, the runners met many others who had lost their own Mike, and who came out to participate in the moving memorial. 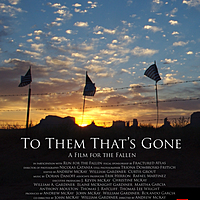