An Armenian composer searches for his roots in Turkey.

Ericâ€™s familyâ€™s deportation from Amasia was just one of many Armenian death-marches happening across Turkey during this time. Using World War I as a cover, the Ottoman government systematically deported and executed its Armenian citizens, and historians estimate that 1-1.5 million Armenians died between 1915 and 1923. It was the first genocide of the 20th century.

The film traces a path through the past,uncovering what his family's life in Turkey might have been like. It also explores how the events of nearly a century ago continue to strain the relationship between Armenians and Turks today. Inspired by one family's story, the filmmakers embark on their own journey in the hopes of finding a greater understanding between two peoples still at odds. 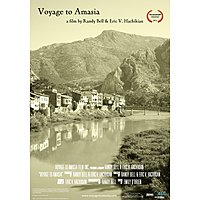