"Creating the Stradivarius of Organs"

â€œCreating The Stradivarius of Organsâ€ is a behind-the-scenes look at a remarkable instrument.

trailer "Creating the Stradivarius of Organs"

A remarkable collaboration between dozens of artists and artisans on two continents resulted in the first tracker organ installed in New York City since the 19th century.

Standing over 45 feet high and weighing more than 30 tons, this 5000 pipe instrument was built upon the same principles as the oldest organs of Europe.

Featuring interviews with organ builder John Mander and renowned organist Kent Tritle, the film includes rare footage, drawings and photographs of the organ during its building in London and subsequent arrival and installation in NYC.

Also included are interviews with Michael Barone, Nancianne Parrella, Renee Louprette and David Higgs the organist at the inaugural concert, and audio segments of his historic performance. 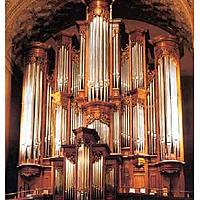 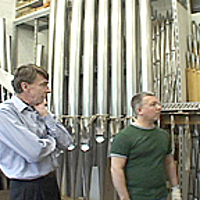