12-year-old Ejaz tells his story in the wake of devastating floods that swept through Pakistan.

This is a short film I made for UNICEF to mark the one-year anniversary of the massive floods that swept through Pakistan in 2010.

Ejaz Najum, 12, was living in Karampur, in the northern part of Sindh Province, when floods ravaged his entire village and surrounding communities in late July 2010. Across Pakistan, the massive floods inundated farms, schools and health facilities, and disrupted basic social services, from the Himalayas to the Arabian Sea.

Having lost their home and all their belongings, Ejaz and his family were left with no choice but to move to the Selani relief camp, run by a non-governmental organization in Sukkur City. Life at the camp was extremely difficult, but at least they had access to shelter, basic health care and nutrition, safe drinking water and sanitation.

Ejaz continued his education at a UNICEF-supported temporary learning centre in a refugee camp in Sukkur. 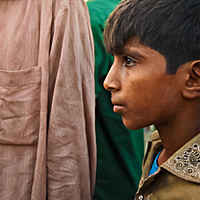 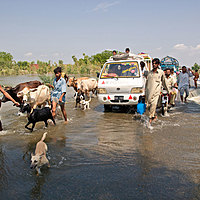 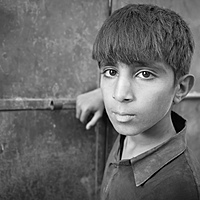 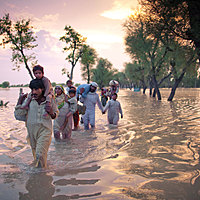