In late 1979, two gentlemen arrived at the Airport in Minneapolis who bore an amazing resemblance to each other: the same stature, the same faces, the same voices. They even wore similar clothing and nearly identical glasses â€“ and both had mustaches. They had met only once before â€“ in Germany in 1954. As can be imagined, Oskar and Jack are indentical twins. Their German mother and Romanian Jewish father had met on board an emigration ship. They separated shortly after the twins were born in Trinidad in 1933, and the brotherâ€™s lives took radically different turns. Their mother took Oskar to his grandmother in the Sudetenland. She raised him in a strict Catholic tradition and the spirit of Nazism. He became an enthusiastic member of the Hitler Youth. Jack stayed in the Caribbean with his father who brought him up as a Jew. At age sixteen, he went to Israel to do his part to build the new Jewish state. On his honeymoon in 1954, he stopped off in Germany to meet his mother and twin brother 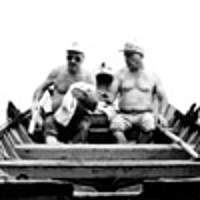