The mysterious disappearance of the Berlin Wall

Virtually nothing of the Berlin Wall, the huge and frightening concrete structure has been left. Another collective act of "forgetting". With 50,000 new buildings already completed, Berlin is ready once again to make a play to be the economic and political capital of a united Europe.

The Wall is gone but not the conflict. Two thirds of the East Germans feel as strangers in their own country. Like archeologists from another century, we search for the Wall's traces and along the way ask those who lived up against it: what were their experiences, frustrations, fears, dreams - and what are their concerns now? Long used as a propaganda tool on both sides, the human side of the Wall has never been dwelt upon. It's a story that already sounds to Berlin's own children like an ancient myth or parable. It's not to be understood through logic or historical research. The Wall gave people's daily life an absurd dimension. It's current disappearance: Kafka. 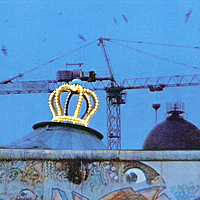 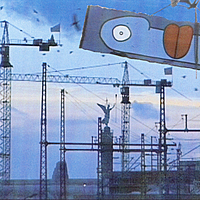