The Practice of the Wild

A conversation with Gary Snyder and Jim Harrison

Poet and naturalist Gary Snyder has been at the center of cultural changes which transformed the modern world. Along with Jack Kerouac and Allen Ginsberg, he was a founding author of the Beat generation. He helped bring Zen Buddhism into the America scene, was an active participant in the anti-war movement, and served as literary inspiration to seekers of freedom, mindfulness and higher human potential.

Snyder won a Pulitzer Prize in 1975. His great epic poem: Mountains and Rivers Without End was completed in 1996. He has been called the poet laureate of Deep Ecology.

Since a childhood in the Cascades, he has been the voice of a new environmental awareness, which never loses sight of direct wild experience -- local people, animals, plants, watersheds and food sources.

The film follows Snyder and novelist Jim Harrison (Dalva, Legends of the Fall), as the two old friends wander along trails of the central California coast -- in a remote area untouched for centuries. 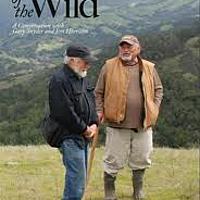