Music, once admitted to soul, becomes a sort of spirit, and never dies.

He was a wildly reckless spirit, a musical prodigy who felt the world around him too deeply, sacrificed everything for his muse and found redemption through his songs. This is the bittersweet story of Nathan Davis, whose haunting lyrics and huge catalog of recordings remain a testament to an artistic fire that burned so intense, it continues to live on.

Interviews with Grammy nominated producer John Custer, indie-music.com Assistant Editor Jennifer Layton, plus fellow musicians, friends, colleagues and fans are complemented perfectly with an astonishing archive of video, performance footage and photos that reveal someone who was not inspired to play music but driven to play as a way to save himself. 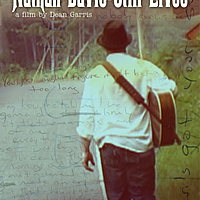