The lost story of the world's greatest road trip.

Godspeed, Los Polacos! tells the story of five kayakers on the edge of adulthood who skillfully pull the strings of the Soviet system, and find themselves on an expedition in the Americas with a six-wheeled military truck, homemade equipment, and little to no whitewater skills. The story follows their epic two-year journey that culminates in the record-breaking first descent of the world’s deepest canyon, and finds the kayakers in Soviet cross-hairs after they leverage their newfound fame to fight for democracy in the Eastern Bloc. 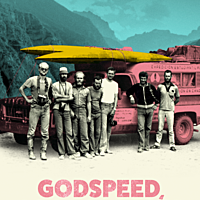